Sol LeWitt is often viewed as a founder of conceptual art. This movement, which began in the 1960s, stressed idea over form. LeWitt believed that the idea was the machine that made the art, and that the execution was simply a perfunctory affair. He was born in 1928, in Hartford, Connecticut. He studied and went on to receive his Bachelors of Fine Arts at Syracuse University in 1949. In 1951, he was drafted and served in Japan and Korea during the Korean War. Following his return, he moved to New York City, where he continued to pursue art. His art was featured in many exhibitions during his lifetime, including “Minimal Art” in 1968, “Prospect ’68” in 1968, “Stadtische Kunsthalle” in 1969, and “Univ BC” in 1969. LeWitt then taught as an instructor at the Museum of Modern Art school from 1964 to 1967 and at Cooper Union in 1967. He worked with graphic design in his early career, but most of his later work consists of conceptual wall drawings and architecture. 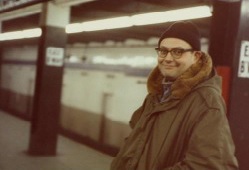 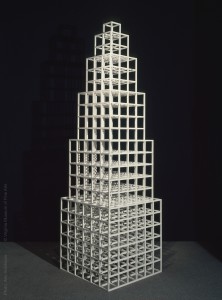 Who is Sol LeWitt?