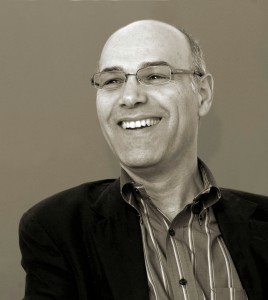 John Ravenal was the Sydney and Frances Lewis family curator of modern and contemporary art at the VMFA. In 2014 he got a new job as director of deCordova Sculpture Park and Museum in Lincoln, Massachusetts. He worked for the VMFA for 16 years and oversaw quite a few pieces on their way in and out of various shows and collections. One of the pieces Ravenal oversaw during his time here was Buddha Watching TV.

Were you worried about the transportation of the piece?

JR: Only some parts of what you see came with the piece when we bought it. Other parts were assembled or built by VMFA following the artist’s instructions. Paik’s studio sent us the camera, power-pack (this part, which sat beneath the camera, is no longer in use, given a new type of camera that doesn’t need a power-pack), tripod, TV, Buddha head, and power cords. VMFA bought the dirt and built the wooden platform. I wasn’t worried about transportation, as it was handled by professional art shippers.

How did you handle installing dirt?

JR: As mentioned, VMFA bought the dirt. It’s just ordinary potting soil, although the artist instructed us to find some with very little vermiculite (the filler-type material you sometimes see in commercial soil). In addition, the Objects Conservation Department chose to microwave the dirt to make certain no bugs or pests were introduced into the museum. We used existing images from prior installations to decide how to place the dirt around the head.

What is your opinion on the conservation of the electronic materials?

JR: This is the most challenging part of maintaining the piece. Thus far we’ve repaired the first camera; then replaced it with an identical vintage unit, then replaced it with a new model that is very different but approved by the Paik Estate. We replaced the power-pack once with an identical model, and now longer need one. The TV has been replaced two or three times. The current one may be a 27″ version instead of the original 25″, if I recall correctly, and this is something that I wanted to fix before I left but didn’t manage to. It means the image doesn’t fill the screen as fully as before, yet if one expands the image by zooming in the camera lens, the image becomes out of proportion with the actual stone sculpture. These are subtle issues, but are part of a curator’s–and conservator’s and registrar’s–job in preserving the integrity of the object. There hasn’t been any problem with the power cord, as far as I know.

What is your interpretation of this piece?

JR: I consider the series of pieces called Buddha Watching TV–there may be a half dozen to a dozen made between 1974 and the early 2000’s–to be some of Paik’s most elegant and concise statements about the relationship between East and West, ancient and modern, technology and tradition, and sacred and secular. I also like how the piece is a closed loop. The Buddha is both the maker and receiver of his image, though oddly, his eyes are closes. It’s a profound piece in a relatively simple format.

Why does the dirt (and its specific type) contribute to the character of the overall piece?

JR: The dirt grounds the head, literally, and joins something lowly and common to lofty and sacred subjects.

Do you feel the type of TV is as important as the image being broadcast?

JR: The TV is a 1990’s, curved screen, 25″ diagonal TV. In replacing it when it breaks, it’s important to try to find the same type, so that it reflects the period when the sculpture was made, the mid to late 1990’s. But beyond that, there’s no particular significance to the type of TV. It’s just an ordinary TV. The image on it is what’s most important, but keeping in mind the point about trying to maintain a style of TV that fits the date when the work was made. 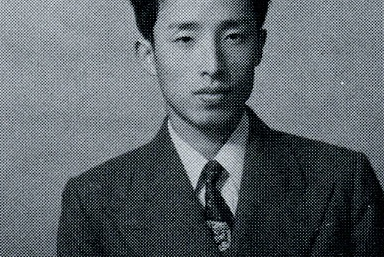