Edith Foster Vickers, wife of a newly rich British manufacturer who would number among Sargent’s most important early patrons, is dressed for an evening in the country. An up-to-the-minute bustle and boned bodice ornament her custom-made Aesthetic gown. A stylistic amalgam of the popular late-19th-century conception of earlier English styles, the dress reveals the sitter’s progressive taste and willing collaboration with Sargent on the portrait’s conceptualization. This artful historicism was praised by critics in Paris and London. One went so far as to link Mrs. VIcker’s eerily distinctive appearance to the haunted heroines of Edgar Allan Poe.

Mrs. Albert Vickers is one of four early full-length portraits by Sargent showcasing his updated Old Master style. Its novelty attracted enormous international attention and led sculptor August Rodin to name him “the Van Dyck of our times.”

[1] According to Richard Ormond’s “John Singer Sargent Catalogue Raisonné,” p. 387-388. The piece was commissioned and painted at Lavington Rectory, Petworth, where the artist had visited the Vickers’ family.

[2] Information from the VMFA Curatorial and Registration files.

[6] According to Ormond’s “John Singer Sargent Catalogue Raisonné,” p. 387. However, there is a lack of information on dates and sale documentation.

[7] According to Hirschl & Adler Galleries’ exhibition catalogue, “Counterpoint: Two Centuries of American Masters,” Lady Gibbs owned the piece until 1989. In Andrew Decker’s "American Paintings: Sales Picking Up," Gibbs’s son, Christopher Gibbs, owned the piece around 1989, at which point he was negotiating with Richard Feigen & Co. of New York, and later sold the work to the Hirschl & Adler Galleries.

[8] Information from the VMFA Curatorial and Registration files. It is also mentioned in Andrew Decker’s article that the piece was co-owned by Richard Feigen and the Galleries. The painting was also listed for sale by Richard Feigen & Co. in The Art Newspaper in June 1992, issue no. 19, listed under the Grosvenor House Antiques Fair (June 10-20, 1991).

[9] Accessioned into the collection on September 17, 1992. Information from the VMFA Curatorial and Registration files. 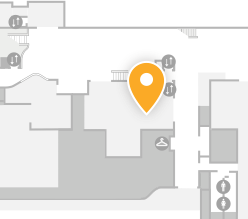