Richmond is the third most tattooed city in the country. Since VMFA’s latest special exhibition, Japanese Tattoo: Perseverance, Art, and Tradition, explores the history and artistry of Japanese tattoo, it seemed only fitting that the museum also explore tattoo art right in our own backyard. A few weeks ago, VMFA sent out a call to Richmond’s inked community to stop by the museum and have their art photographed by Norfolk photo-artist Glen McClure. Below McClure captures not only the diversity of tattoos in the city and the personalities of the people who wear them but also the compelling stories behind these pieces of art. 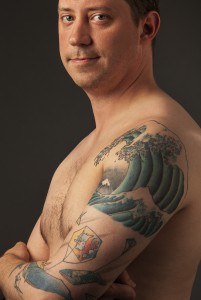 I have always been fascinated by tattoos but did not have the courage to get one until I saw my wife get hers. Working with my wife’s artist, I told her exactly what I wanted — a Hokusai wave — and she did a great job. About a year or so later, I went back to the same artist. I told her that I loved the colors and the general pattern and shape of what she had originally done and asked her what she thought would look good with it. We went back and forth for a while and settled on an origami theme with cranes and whales. 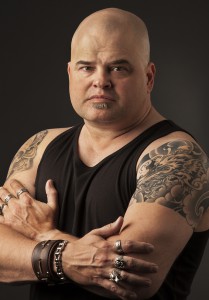 I went to Osaka, Japan, in November to have a traditional Wabori-style wolf tattooed on my shoulder. Representative of my Scottish heritage, a wolf is not a design typically used over there. To get a really good artist in Japan, you have to plan far in advance, but this is one of those bucket list things so it was worth the six months I had to wait. 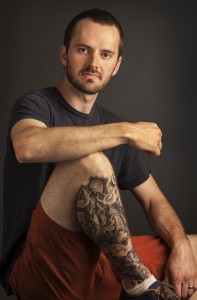 I am rock climber, and at the end of 2014, I summited my first mountain. I had contemplated getting a tattoo for a very long time, but I couldn’t imagine having something permanently on my body without a reason for it. After reaching the summit of Seneca Rocks in West Virginia, I had my reason. I took some pictures of the mountain to the tattoo artist as inspiration and told him that I didn’t want it to be the rock; I wanted it to be a representation of adventure and mystery . . . not only what I accomplished but what I aspire to accomplish. 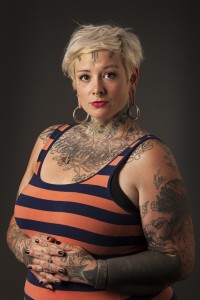 I’ve been getting tattoos since I was 18 and have been tattooed by at least 20 artists. I have gotten many words and phrases tattooed and have no regrets about any of them. I’m perfectly happy with every tattoo I’ve ever gotten, but my favorite is the spider web and roses on my neck and chest. Although I have so many tattoos, ironically my son is terrified of them. He won’t let me even put a fake tattoo on him. 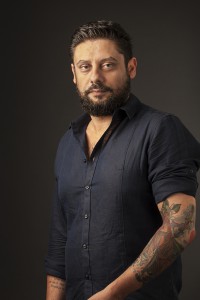 I was always in love with the idea of getting a tattoo, but when I moved to Richmond from Italy nine years ago, the tattoo culture is so strong here that it was just a natural choice for me to get one. I started with a tattoo of a cat, after my cat died, based on a YouTube cartoon. My latest tattoo is a traditional Sicilian scene of catching swordfish, with my hometown in the background, even the street where I grew up. I’m going to be adding more tattoos that are related to travel, to ultimately create a sleeve. 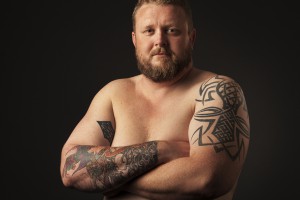 My first tattoo was a tribal design because in the late ‘90s, that was the cool thing to do. When I got a little older, I wanted my tattoos to have more meaning. After I met my stepdaughters, I had this scene from the Odyssey tattooed to represent my voyage of bachelorhood, with the sirens (my stepdaughters) trying to stop Odysseus (me) from leaving. When I get more tattoos, they may just be “flash” or lighter stuff. I think people with tattoos sometimes try to attach the deepest meanings to them and I don’t think it has to be so heavy. 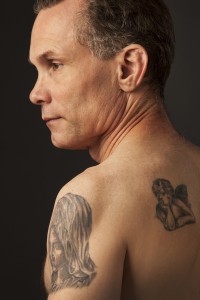 When I was 18, I joined the Navy. Because sailors are known for having tattoos, as soon as I was stationed, I got myself a tattoo of a shark. I’ve gotten at least six more tattoos since then and they all have a meaning or reason behind them. I also have a couple tattoos that are based on great works of art. I got these because I thought it would be nice to carry a great work of art on my body. I have one of Raphael’s cherubs on my back, and a close up of [the Virgin] Mary on my arm. It was taken from a photo of Michelangelo’s Pietà. Sometimes you just see an image, and you want to carry that image around with you all the time. 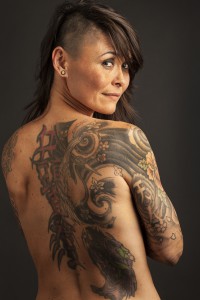 I stopped getting tattoos while I was having my kids. Recently I got my first tattoo in 16 years and now my tattoos are about my kids. My newest tattoo is a snake because my oldest daughter was born in the Chinese year of the snake, with a dog for my son and a tiger for my youngest daughter to follow. I’m of Japanese descent, and there’s a deep history of tattooing being taboo there. Because it’s not acceptable to show your tattoos in public, I’m nervous to visit family because I’m not sure how they’ll feel about my tattoos. 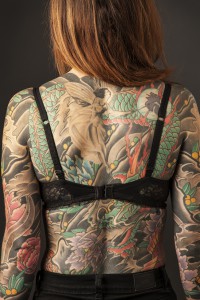 I went to a tattoo artist to have a koi fish tattooed on my side at age 20. And over the past 10 years, another artist has added water, dragons, snakes, and lots of peonies to that first tattoo. I now have a body suit. The artist, who is a really good friend of mine — a cool Brazilian guy —tattoos mainly in the Japanese style. He started tattooing me when he was 24 and just a young guy working in a shop. Now at 34, he has his own shop in his hometown in Brazil. I’ve seen how far he has come as an artist. 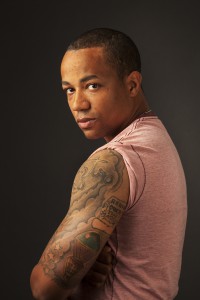 In the 12th grade I started with “Astro,” the name of a t-shirt company I owned. Then I decided I wanted more than just a name, so I got the logo of the company, a rocket, tattooed too. It continued from there. I now also have a Purple Heart tattoo on my chest with two hands ripping it apart in memory of my father who was a Purple Heart war veteran. Now that I am married and have a family, I’m going to get the heart stitched back together to show that my heart is healed. 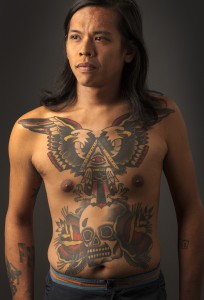 I’m originally from Sicily, Italy. I wanted a design that was kind of American traditional but also a little bit weird, and I wanted the design to cover my torso. I just let the artist come up with something. The result was a two-headed eagle with an all-seeing eye in the center and a skull with some roses below it. Next, I’d like to do my whole back. Large tattoos are expensive, so I’ll probably have to wait a while. 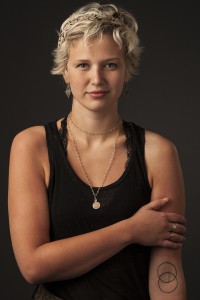 I got my first and only tattoo last summer, a week after I turned 18. It’s called a mandorla, which is two overlapping circles. This was the closest interpretation of the divine that I could find, and the best way that I can understand God.  The circles overlapping represent the overlap between two worlds: heaven and earth. As the middle or overlapping space gets larger, it becomes just one circle. It doesn’t just represent heaven and earth; it’s a metaphor for everything. 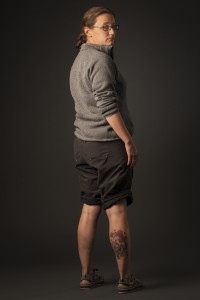 I actually just got my first tattoo about a year ago. It took me 15 years to come up with the perfect design, because I didn’t want anything cliché and trendy. I’ve always been interested in Japanese tattoo and Japanese art in general, so I decided on a Zen tsukubai, a water basin for cleansing your hands and mouth, at the entrance to a Zen Buddhist temple in Kyoto. The inscription, which translates to “what one has is all one needs,” was very true for me because I had reached a place in my life where I had a good family, a good job, and was comfortable with myself. 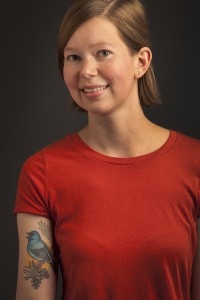 My husband and I rock climb, and we were doing our first mountain summit.  I was near the top and heard this beautiful bird singing around the corner, kind of cheering me on. It was an Indigo Bunting. For my tattoo, I told the tattoo artist only that I wanted an image of an Indigo Bunting singing with its mouth open, and I let her do whatever else she wanted with it. Birds are very calming for me and I now always have a bird with me. 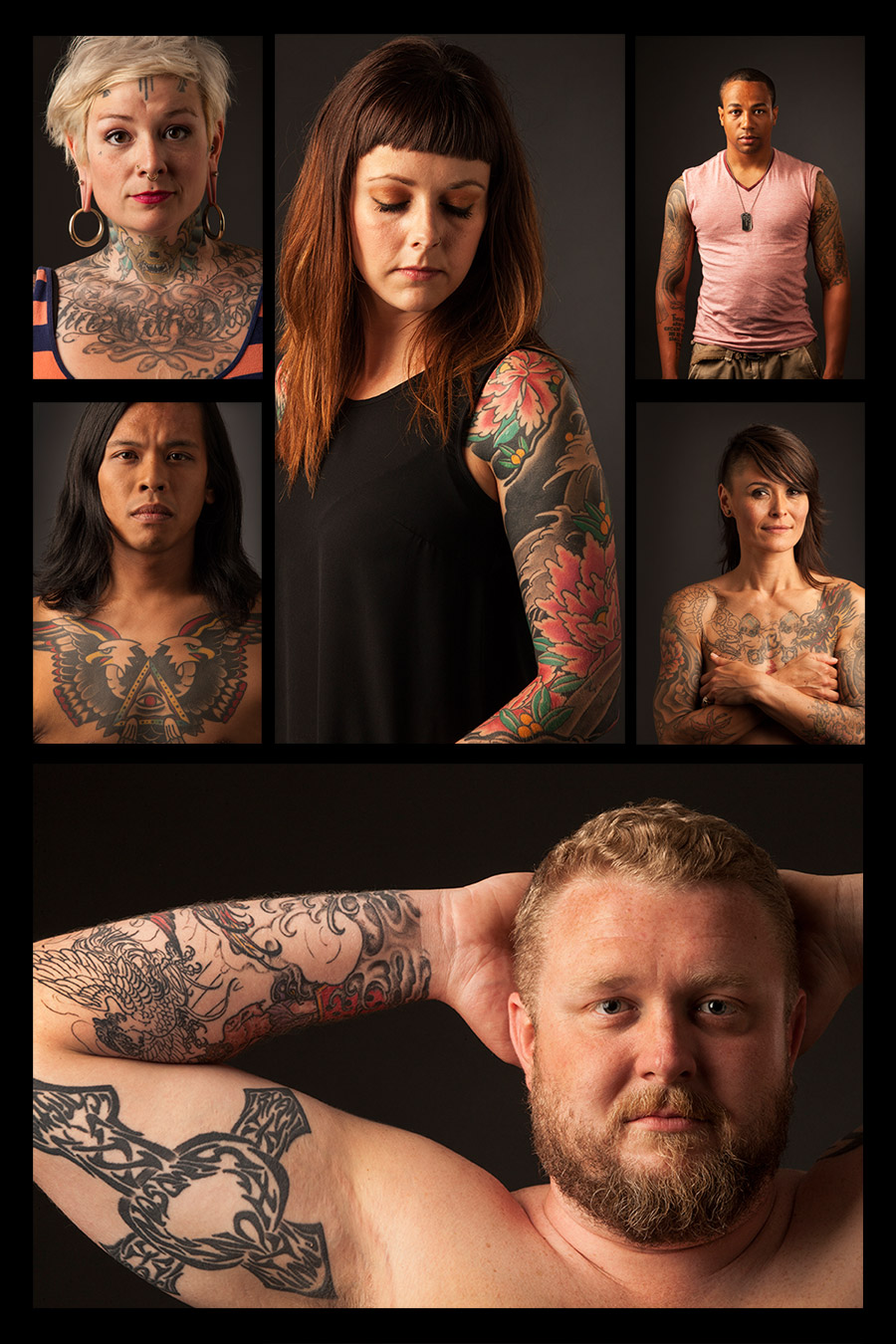