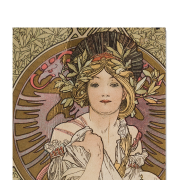 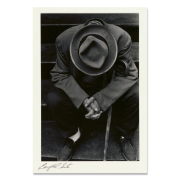 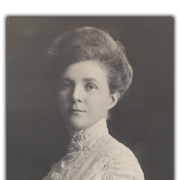 Traverses: Art from the Islamic World across Time and Place 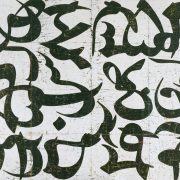 Traverses: Art from the Islamic World across Time and Place

Cutting across continents, cultures, and a millennium, this Installation Story...
Artist Story 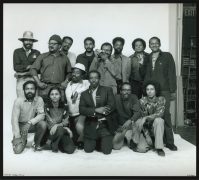 "Thus it is valid to state that the Kamoinge Workshop,...
Featured Story 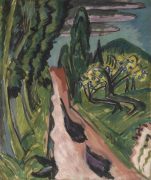 Expressionism is our understanding; it’s central concept is not a...
Current Story
See All Stories Hide All Stories 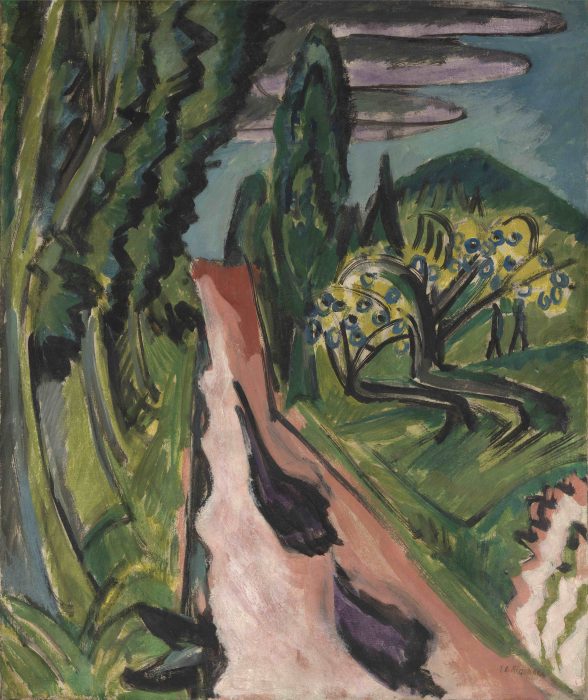 Expressionism is our understanding; it’s central concept is not a style, it is a Weltanschauung, a philosophy of life. . . . But it looked like something I had never seen before. People whom I tell about this usually ask me, “Did you like it?” But I cannot answer that! It was beyond “liking.” It was beyond anything I had seen before. It was like entering a new world.—Anne Fischer, 1994

Ludwig and Rosy Fischer were forward-thinking collectors from Frankfurt, Germany, who embraced the challenging art of their time. Between 1905 and 1925, they built one of the most important collections of German Expressionist art in Germany, with a strong emphasis on Die Brücke—“the Bridge”—a pivotal group within the movement.

Upon their deaths, the collection passed to their sons, Max and Ernst. In 1934, after the Nazi party gained power, Ernst (1896–1981) and his wife, Anne (1902–2008), left Germany for the United States with their half of the collection packed among their household goods. When Ernst accepted a position at the Medical College of Virginia, the couple settled in Richmond.

In 2009, after Anne’s death, the museum acquired Ernst’s half of his parent’s collection through a gift-purchase agreement. These two hundred and seven works from one of the 20th century’s most significant movements comprise VMFA’s Ludwig and Rosy Fischer Collection of German Expressionist Art. 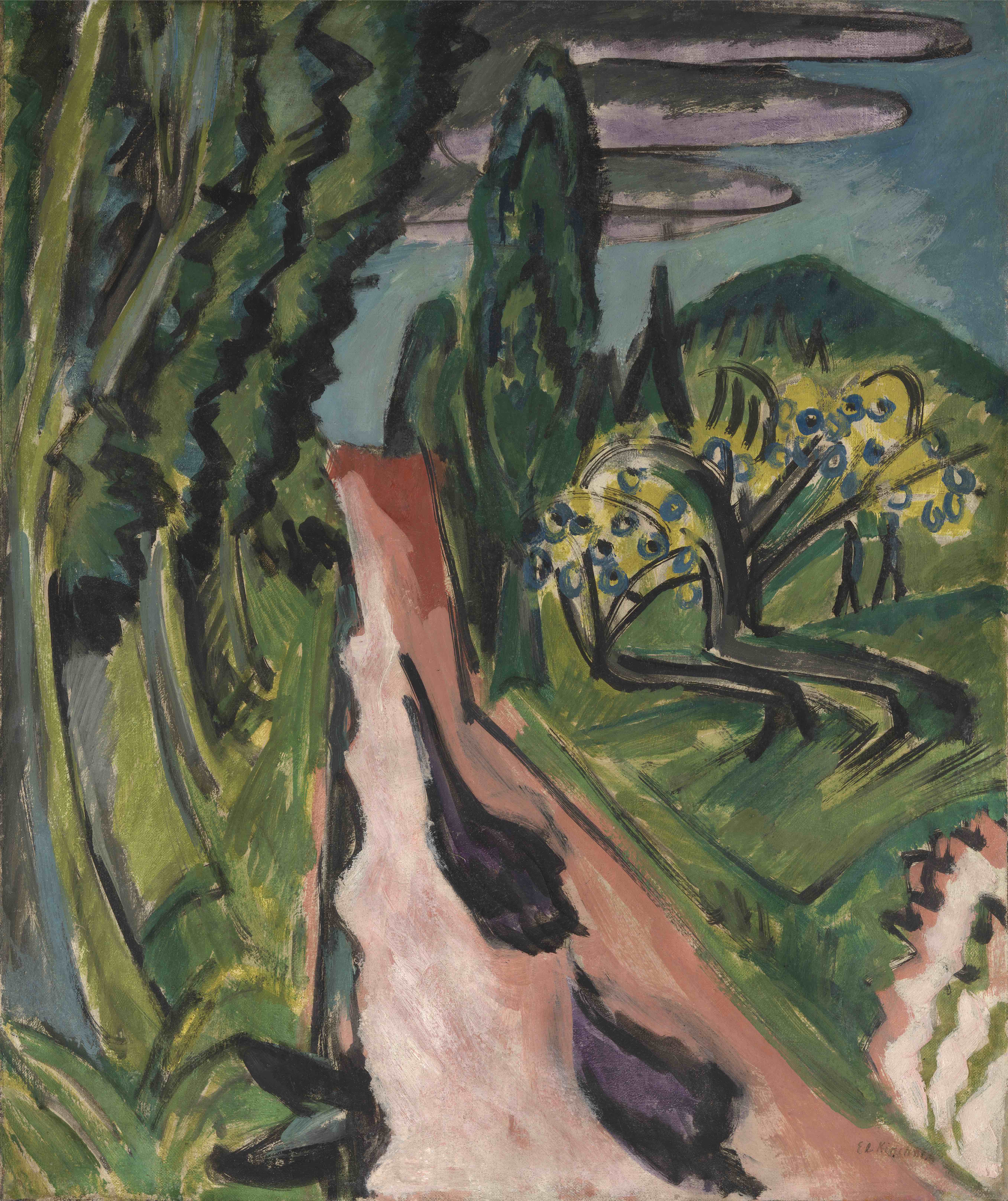 Ludwig and Rosy Fischer’s eldest son, Max (1893–1954), a journalist, did not leave Germany until October 1935. Having traveled to America, he was unable to return to Germany given the political climate. His possessions, including all but a few of the works from his half of the art collection, were left behind and presumed lost or stolen. Emil Nolde’s South Seas Landscape is one of the few paintings that Max Fischer was able to bring to the United States. George Fischer, Ernst’s son and Max’s nephew, inherited South Seas from his uncle and donated it to VMFA in 2014 so that it could rejoin the Ludwig and Rosy Fischer Collection. In 2015, the Museum of Modern Art in New York restituted Ernst Ludwig Kirchner’s Sand Hills near Grünau to the Fischer family, making it the first of Max’s lost works to be recovered and reunited with the rest of the Fischer Collection at VMFA. It has been joined recently by another Kirchner painting, Taunus Road, which a private collector in Germany returned to the Fischer family in September 2020 through a fair and just settlement.

This collection features German Expressionist art from just before World War I through the 1920s, with a particular focus on Die Brücke—“the Bridge”—a pivotal group of artists that formed in Dresden, Germany, in 1905. These artists looked at the rampant industrialization of the early 20th century with a mixture of fascination and despair, responding to the changing world around them with loose, gestural brushstrokes and a vivid palette of bold colors. While many of the artists depicted urban scenes, they also fled their studios in the city to paint rural landscapes as antidotes to the pressures and anxieties of modern life.

Nudes in the Forest

Nudes in the Forest

Portrait of a Lady's Smile

Portrait of a Lady's Smile

Study for the Hat Shop

Study for the Hat Shop

Head of a Man

Head of a Man

Printmaking was a central practice for the German Expressionists; woodcuts, etchings, and lithographs allowed for wider distribution and accessibility of their work. Prints both referenced Germany’s rich cultural heritage, including the work of the 16th-century artist Albrecht Dürer, and signaled a break with tradition through the roughness and immediacy of the artists’ printmaking techniques.

Woodcut is one of the earliest printing techniques and the one most often associated with German Expressionism. Here the positive image is created by cutting into a wood panel around lines that will then be inked with a brayer and printed.

The Head of the Dead

The Head of the Dead

Girl with a Pipe

Girl with a Pipe

The Meeting of Man and Woman

The Meeting of Man and Woman

The Return of the Prodigal Son

The Return of the Prodigal Son

Elias with the Raven

Elias with the Raven

Etching is highly valued by artists for the freedom with which it can be handled. The artist uses a metal plate coated with a layer of wax. This wax base is then drawn into with a sharp instrument, and the resulting lines are bitten away in an acid bath. Drypoint is a variant of engraving where the artist uses a steel- or gem-tipped tool to draw directly into the metal plate. Dry point is often used in conjunction with etching to add richness and depth.

In the Queen's Bar, Self-Portrait

In the Queen's Bar, Self-Portrait

Head of my Wife

Head of my Wife

The Son (My Wife and My Son)

The Son (My Wife and My Son)

Family of the Painter

Family of the Painter

Titus on the Porch

Titus on the Porch

The Sick, the Physician, Death and the D...

The Sick, the Physician, Death and the Devil

Lithography is a process of drawing directly on stone with a grease crayon. Invented in the early 19th century, lithography soon supplanted etchings and engravings as an expressive method to reproduce drawings and paintings.

Three Women in a Café Garden

Three Women in a Café Garden

Portrait of a Woman I

Portrait of a Woman I

Portrait of a Woman II

Portrait of a Woman II

Three Girls and a Mirror

Three Girls and a Mirror

Two Nudes in the Dunes

Two Nudes in the Dunes

Two Nudes in a Landscape

Two Nudes in a Landscape